Sixteen games across four days, gone in a blur and ending in a daze: another Tourney has come and gone, and as always, I’ll put fingers to keys to find what few words have not yet been said. By early March my mind is all too ready for a trip to some exotic locale, but the vacation I really need takes me just a few miles east. We make our yearly pilgrimage to the spectacle in St. Paul, a dip into tradition that somehow offers a compelling new drama, night after night.

For a second straight year, a first-time champion hoisted a trophy. Wayzata proved all those old clichés about depth and defense true, as they locked down in the first two rounds and rediscovered their game with their backs to the wall in the final. The winning goal came from pure grinding hockey, a steady offensive zone cycle that wore down Eden Prairie, forced a turnover, and a set up a shot from the point. Their hard-nosed effort warmed this Northern boy’s heart, and the relentless push was a vindication for coach Pat O’Leary, who has made an art of overpowering hockey and finally brought his crew along, rolling his four lines right down to the final horn.

The lockdown Trojans were never a given, as their midseason stumbles inspired a sea of skeptics. But by the end Alex Schilling pounced on every loose puck while Hank Sorensen hammered all in sight, and they just managed to find a healthy channel for that simmering fire. They stole the headlines from Casey Mittelstadt, the Eden Prairie golden boy who nearly willed a team to a title. Casey’s dazzling show throughout puts him in elite company, his performance comparable to Besse or Rau in recent years. But he saved his most genuine moments for after the game, pulling himself from tears to speak with poise about his loss; even in defeat, he quickly righted any wrongs, and began to learn the burdens of stardom that will likely follow him for years. His Eagles fell short in the title game for the first time, but gave every last ounce for their teammates and their inspiration behind the bench, Steve Ollinger.

Wayzata’s physical play was far from the only throwback in a Tourney field devoid of its usual suspects. The Halloween Machine from Grand Rapids made its way south for the first time since 2007, and the old northern giants flashed some of their nostalgic magic on their way to a third-place berth. They were no match for Middelstadt, but for a spurt in the second period on Friday night they had all of 218 Territory rising in unison, as the band cranked out one of its impeccably timed Olés and the west end of the arena, painted in orange, bounced in unison. United with the mass of Wayzata yellow on Saturday afternoon, Grand Rapids pulled off one last stirring comeback to bring home another trophy for 7AA.

The Burnsville black and gold also made its way back to St. Paul for only the second time in twenty years, and for one period gave us a hint of past glory. Thief River Falls, another claimant to dynasty in a more distant age, cruised to small-school third place behind a pair of genuine stars. Anoka’s Tornadoes shocked the world by spinning their way back to the Tourney, and the Lumberjacks from Bemidji axed their way through the consolation bracket. Their effort against Rapids gave us the Tourney’s only overtime affair, and its one true thriller before Saturday night. All four northern squads went home with at least two wins and a trophy in tow.

But even as the old guard kept up its proud legacy, newer faces showed the changing tides in hockey and beyond. As the suburbs grow, so goes the high school hockey success, and Farmington and Stillwater gave us glimpses of the future with their tight opening game. There is a learning curve for these teams, as there is for the southerners who got shellacked on the first day of Class A, but whole towns turned out anyway, and who can forget Mankato West’s display on that first skate up to the line? The flow poured forth from buckets left and right, its perfection driving me to self-consciously run a hand through my own mediocre mane at the intermission.

There were no surprises in Class A this year: everything went according to seed, up and down the bracket. But there was sheer, sweet relief, as Hermantown finally threw off a burden worthy of Buffalo and brought a title back to northeast. The Hawks left no doubts, dominating each and every game, and while they’re no longer the scrappy upstart story they were a few years ago, they are out of a long shadow and ready to claim a higher mantel. One hopes they embrace the challenges that may come their way next, and whatever Bruce Plante decides for the future, he has now earned himself a less anxious summer on his lake.

With no Duluth East in the field, I thought it might be a more relaxed Tourney for me, but the infectious nerves still swept through on Saturday night as the Trojans ran the clock down. That emotion never gets old, nor does this yearly dive back in to meet friends old and new, to revisit those Tournament institutions along Seventh Street or opposite Rice Park. I can even enjoy a momentary foray into that cloud of adolescent male hormones that hangs over the upper deck of the X, though before long I’ll beat my hasty retreat back to the land of free popcorn up in the press box. It’s a reminder of who we are and where we come from, even if our immediate alma maters may not have made this trip this year. It’s all timeless, and we can all go back, if only for a little while.

It’s all over now, headed into history books and video vaults and the realm of memory. Memory and that sense of rightness, emblazoned in the mind’s eye, a home where it will stay longer than in any pictures or words that try to capture it. An early spring is already melting away any icy dreams, but there’s work to be done, and it won’t be long before we begin the cycle anew. Thanks, boys, for another memorable year. 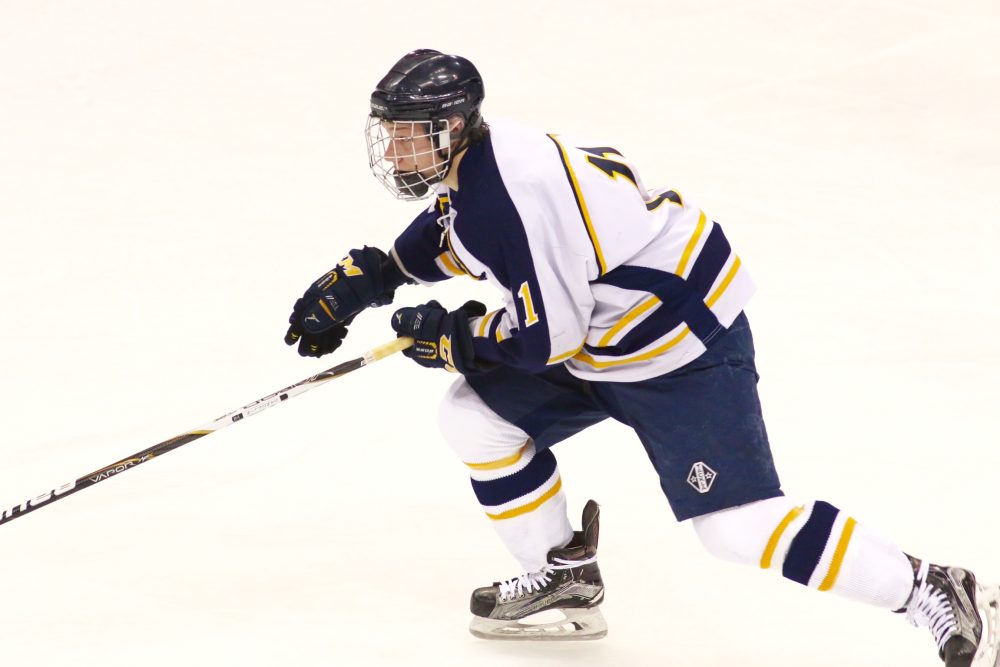 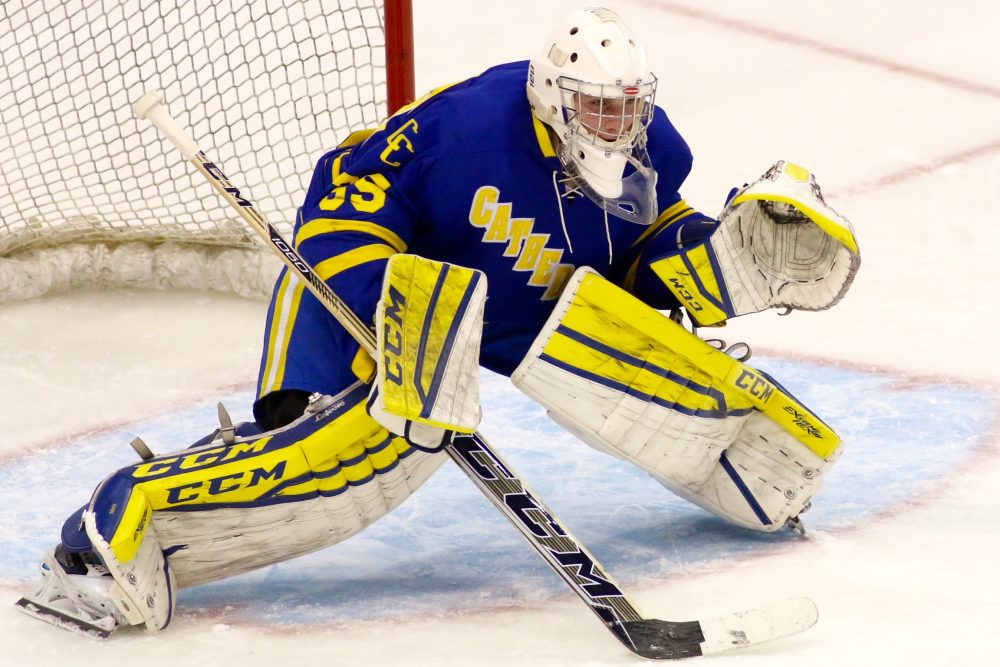